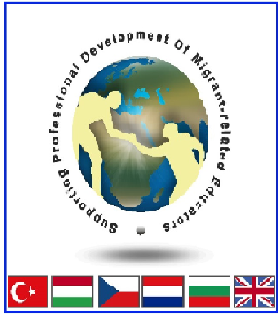 Sumigre stand for: Supporting Professional Development of Migrant-Related Educators. Europe has been the destination of an unprecedented number of people displaced by force recently due to the conflicts in Syria and Iraq. Large-scale population movements in 2015 have suffered many problems, sometimes overwhelming the emergency management capabilities of host countries. One of them is the shortage of educators who will be well equipped to deal with traumatized immigrants.

The objectives of the project are to support the professional development of educators related to migrants, the target group, increase collaboration between the public and private sectors, strengthen more NGOs to initiate actions aimed at producing solutions and raise public awareness about the difficult situation of the immigrants.

The dissemination is carried out through local workshops, seven multiplier events, printed dissemination materials such as brochures and posters, the website, quarterly electronic newsletters, participation in television interviews and local / regional and national press releases. The effective dissemination will be the participation of the interested parties and will increase the possibilities of integration of the OER in the agenda and the curriculum of the interested parties.